Let’s not beat around the bush; 2016 was a shitshow. I don’t even know most of you and I can say that’s true without hesitation.

At least the movies were good. It is one of benefits of, to use the parlance of our subject matter, living in a world where roughly a thousand films get released annually. That number is just domestically too. Keeping up with what hits theatres allows no hesitation, for each weekend brings a South Korean pic, that Sundance gem people said was worthwhile, a sequel to a horror remake, a remake of that horror sequel and everything else you do and don’t want.

As for what you came to read, the best of the best, why hesitate and yammer on with even more words; here they are. The ten best films I saw this year. 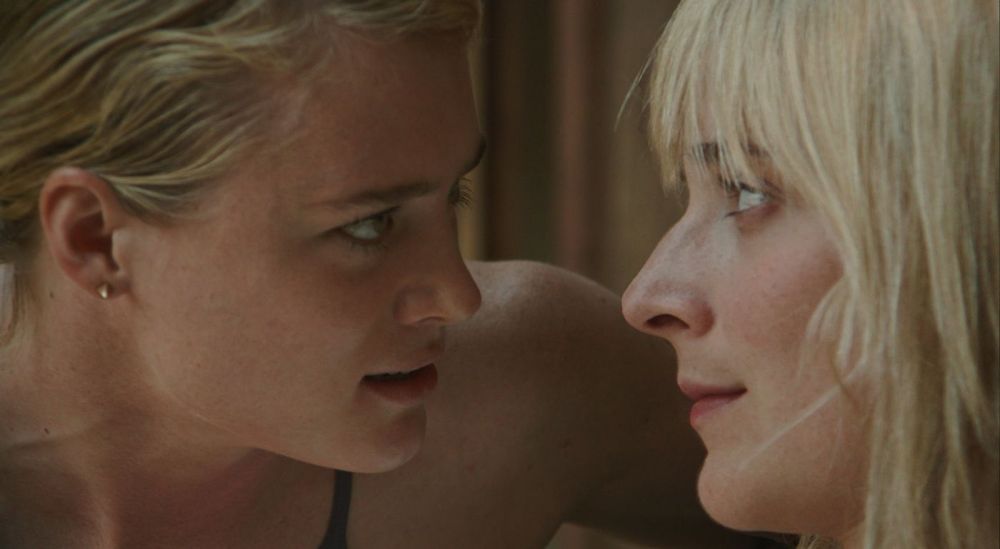 Two of the year’s most unsung performances come from this eerie, barely-seen thriller by director Sophia Takal and writer Lawrence Michael Lavine. Sitting alongside the women on the verge of a nervous breakdown yarns like Persona, 3 Women or Queen of Earth, Always Shine stars Caitlin FitzGerald and Mackenzie Davis as best friends and aspiring actresses. Davis has, thus far, found no success, while FitzGerald is finding consistent work in low-brow horror flicks littered with nudity. Minor work is better than none, and when the pair head off for a weekend of catching up, jealousy, false modesty and years of unsaid spites go from simmer to boil, with Takal’s lengthy, often close-up takes and Lavine’s vicious dialogue drugging up a great work.

Kubo and the Two Strings

Laika’s masterpiece about storytelling, destiny, family and forgiveness is this year’s proof that breathless blockbuster cinema isn’t dead. Amidst an underwhelming parade of would-be wow-inducers (Dawn of Justice, Doctor Strange, Fantastic Beasts), the fourth feature by the finest animation studio working today comes via their CEO Travis Knight, who along with his cinematic magicians, summon images of towering skeletons, tsunamis sliced in two and an ending that is perfectly elegant, quiet and moving in its telling. That it does all of this with wit, surprise and an inventive array of action set-pieces is but the frosting on this scrumptious dessert. 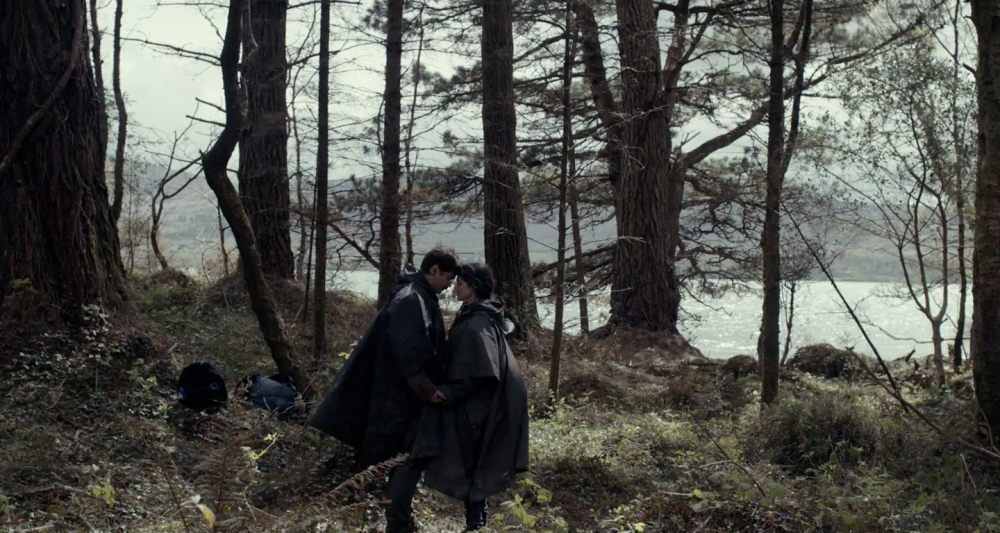 Courtship is hard. Weird as hell too. Two people, typically from entirely different backgrounds, trying to find a connection. At times it begins from a mutual passion. The physical attraction is always an option. Or perhaps both of you are prone to nosebleeds. For those unable to figure out how to make two become one, there is Yorgos Lanthimos’ The Lobster, an absurd, oh-so-dark comedy about coupling, society’s expectations of falling in love and literally turning the lonely into animals if they can’t get their shit together. Lanthimos excels in the bizarre by making it dry and uncomfortably relatable, and along with co-writer Efthymas Filippou, crafts a movie that allows Colin Farrell to be a glorious sadsack, Ben Whishaw to show new levels of desperate and lets Angeliki Papoulia develop unseen levels of wickedness.

Manchester by the Sea

Most writers think and present grief as one thing; constant pain. There is a – false – notion that time simply heals all wounds and it’s nothing more than dealing with some misery before you’re hit with the epiphany. Kenneth Lonnergan knows better, and that depression isn’t devoid of other emotions while the suffering occurs. His Manchester by the Sea, in which Casey Affleck plays a man going from one horror to another, captures the absurdities along the way. There are those entirely comfortable with the sadsack. There are the instances where said sack recognizes how he’s viewed and just can’t help himself. In Manchester by the Sea, what you get is life in progress; horny teenagers, unexpected reunions, the triggers of yesterday’s troubles and everything else that the world shovels onto our plates. 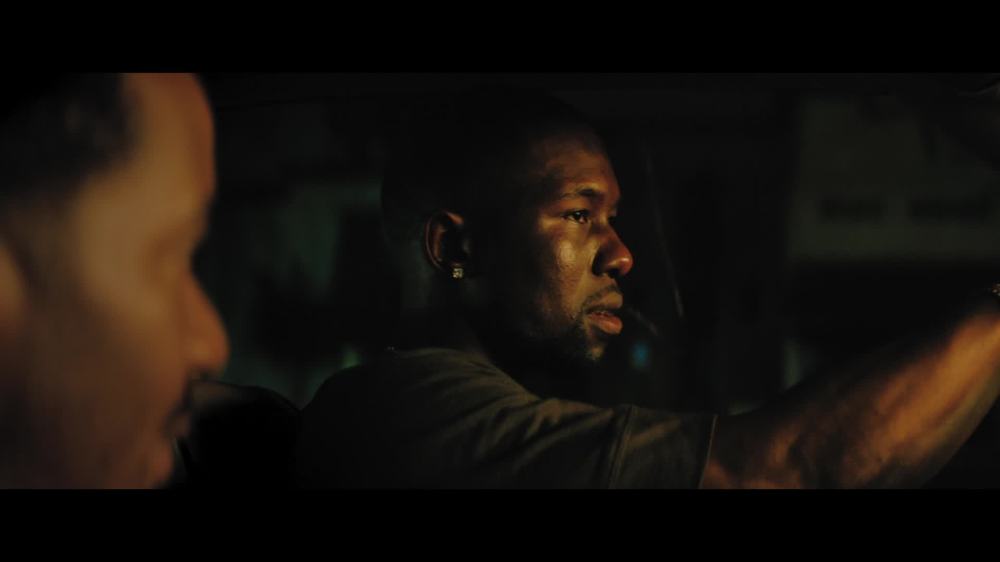 Raw yet thoroughly precise in its narrative movements, Barry Jenkins’ Moonlight is a bounty of things. ost impressive, to some degree, are what movements it doesn’t make. Characters come and go from the life of Chiron, a young, gay black boy who grows into a man. Jenkins knows he doesn’t need to detail where these people went, nor how those that remain in his life’s orbit changed. They merely have, as we all do. A decision here can lead to a spiral there. A decision there can be but one of many that transforms a confused teenager to a cook, a drug-dealer or any of a number of things. With a cast that steps every beat right, from the subtle to the shout, Jenkins has in Moonlight a lingerer, sticking in your brain and blood for the minutes, hours, day and weeks after its viewing, growing in resonance and appreciation with every detail that springs back to one’s memories.

OJ: Made in America

Call it television, cinema or whatever the hell you want to call it. I’m going with towering. Ezra Edelman’s documentary on the life, and very much the times, of O.J. Simpson is a towering achievement, grandiose in scope and ambition that makes nearly eight-hours feel like two, as facts you knew get twisted and reframed, with race, fame and gender all getting new shades via a case from two decades ago. Of course, what Edelman artfully informs us is that no man, crime or celebrity is an island, and that years of decisions from the across the morality spectrum lead to their admiration or downfall. A piece of art that profoundly shows how far we’ve come and, somehow, just how much we have left to go.

Studio Ghibli is on hiatus, so what’s a cinephile to wish for? How about old Ghibli works finally making it stateside? Yes please. Only Yesterday is a human, richly empathetic work by master Isao Takahata (Grave of the Fireflies, Pom Poko), originally made in 1991 and thankfully available to us in the U.S.A. now. Taeko is every adult whom is the last one to get their act together, not due to a life on the breaks, but a life of not wanting to settle. As she heads off for a job away from the city in a quaint countryside, Taeko ponders how things were in her formative years. With a plot that likely sounds a hodgepodge of dull and navel-gazing, Takahata’s adaptation of Hotaru Okamoto and Yuuko Tone’s manga is actually flush with the kind of details the finest novels offer. Plus, we get lush, hand-drawn animation that only emphasizes how genuinely ugly modern animation has become. 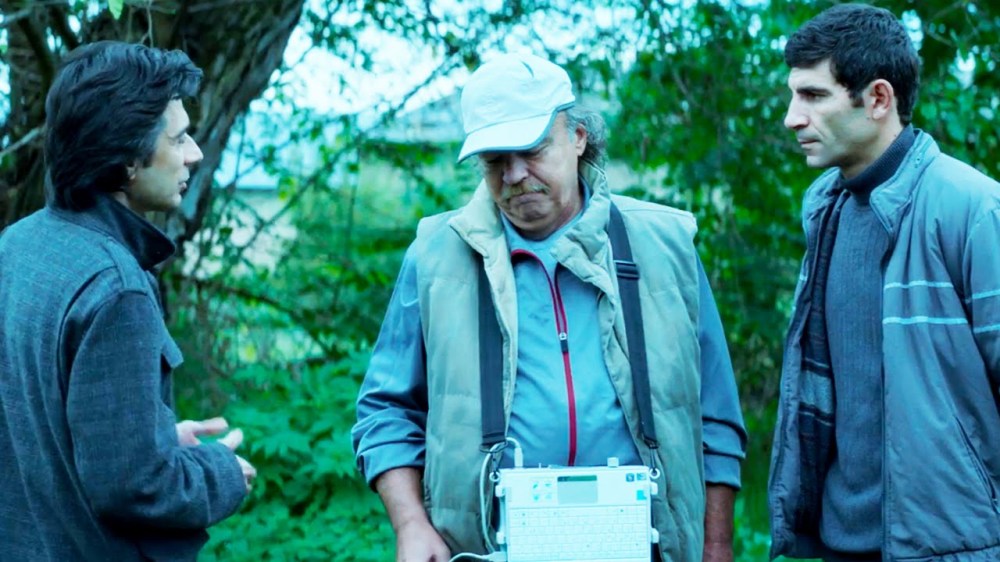 Furthering the run of fine Romanian cinema of the 21st Century, Corneliu Porumboiu (Police, Adjective) has constructed a thriller…no a comedy….no a thriller-comedy thing with The Treasure, where the financially unsound hope to eek out luck from history. That history sits in the backyard of Adrian (Adrian Purcarescu), the neighbor of our kind, calm protagonist Costi (Toma Cuzin). To get the alleged riches, whatever they may be, of Adrian’s dead grandfather, Costi must provide funds upfront. And then there’s shady companies who they can hire. And the laws proclaiming certain riches must be declared. And the man who may or may not have any clue how to use the equipment. Each dig in the ground could be another waste of time or one inch closer to a life-changing wealth, in addition to relentless in-fighting between our crew. It’s a tasty brew of sensations that crescendos with an ending you’d never imagine.

Hope, hypocrisy and religion; three friends that have hung together for centuries. Robert Eggers The Witch explores the complicated tapestry the trio make as his 17th century New England folktale hangs in the horror if it all, with child performances that have no right to be this outstanding and cinematography by Jarin Blaschke that turns the terrors we witness into the type of images that would go in the museum of our nightmares. A staggering debut feature.